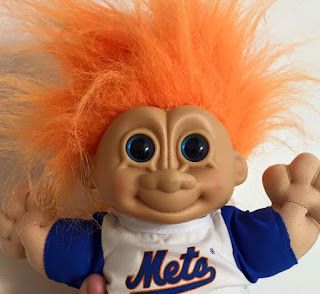 I am taking a quick departure from my dumb eBay posts, my dopey jersey post, my once in a while decent read and Haley's Comet, knock one of of the park posts to bring you guys a public service announcement. Just because some of you want to be bloggers, doesn't mean you know how to.

Now, don't get me wrong. I am no Greg Prince, Jason Fry, Matt Cerrone, etc. But I try to do my best giving you folks accurate stories. There was a blogger the other day that irked me with his inaccurate story. It was about The7line and the Bronx Invasion 2017.

He said he had a representative from the 7line that told him the reason The7line isn't having the Bronx invasion is because the Yankees didn't want them there. Darren from The7line who is a friend of mine tweeted at this guy and said to him that the story was inaccurate and he never talked to anyone from The7line. The dude told Darren he did. Now if you didn't talk to Darren or Lizy you didn't talk to anyone from The7line. He then basically told Darren he doesn't know what he's talking about and his source does. Yeah the guy who founded the whole damn thing and is the one who had the contact with the Yankees, doesn't know what he's talking about and his source knows.

I tweeted at this guy that not all people should be bloggers. I commented on his post over on his site where I even gave him the info from the 7line blog(fact checking) and even told him to listen to the Orange and Blue Thing Podcast to get the info. He also said I went on a twitter rant and didn't contact him like a man to talk about it. I know folks who follow me on twitter and read this blog know what my twitter rants can be. 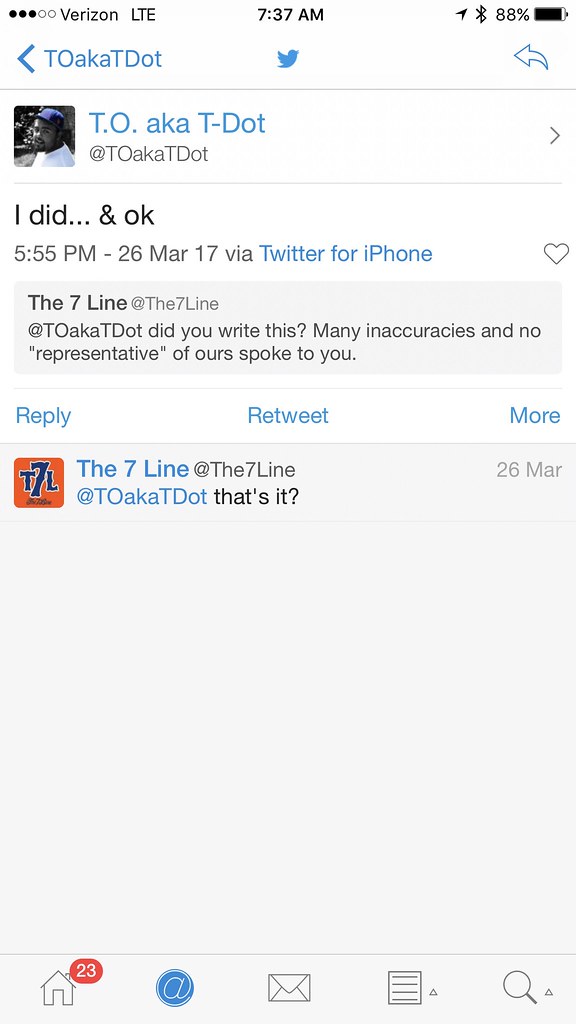 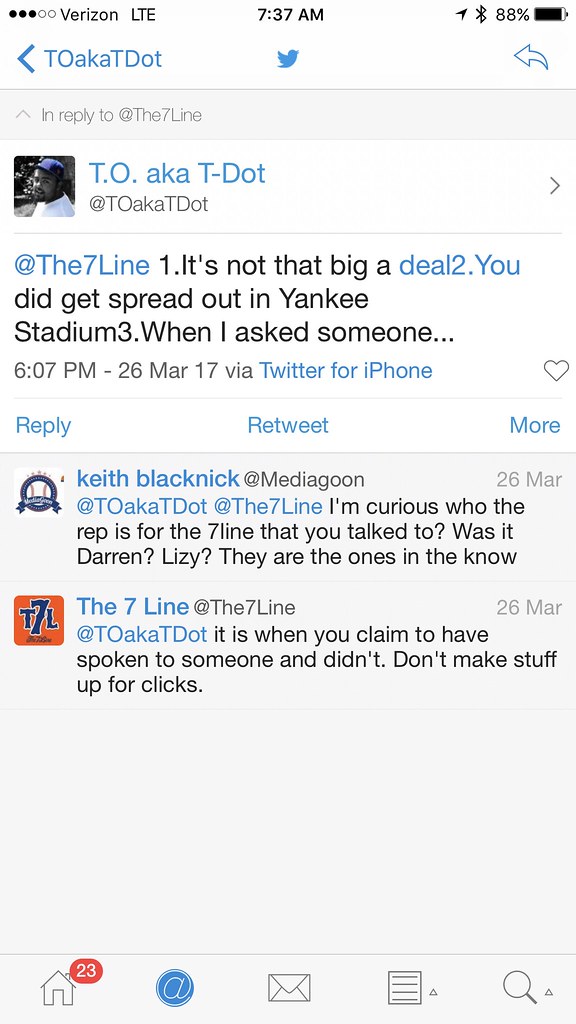 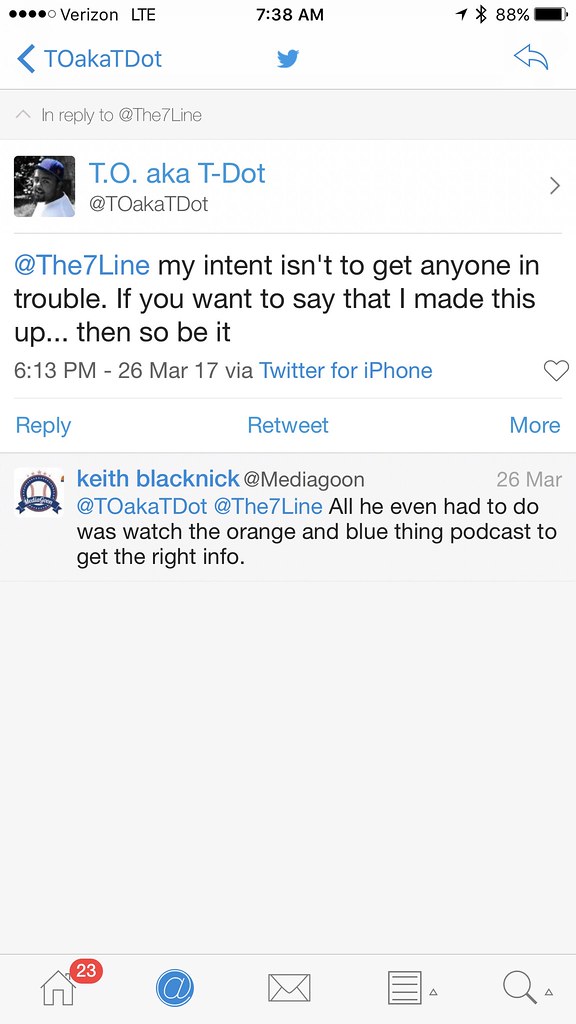 Man that is some rant by me isn't it? 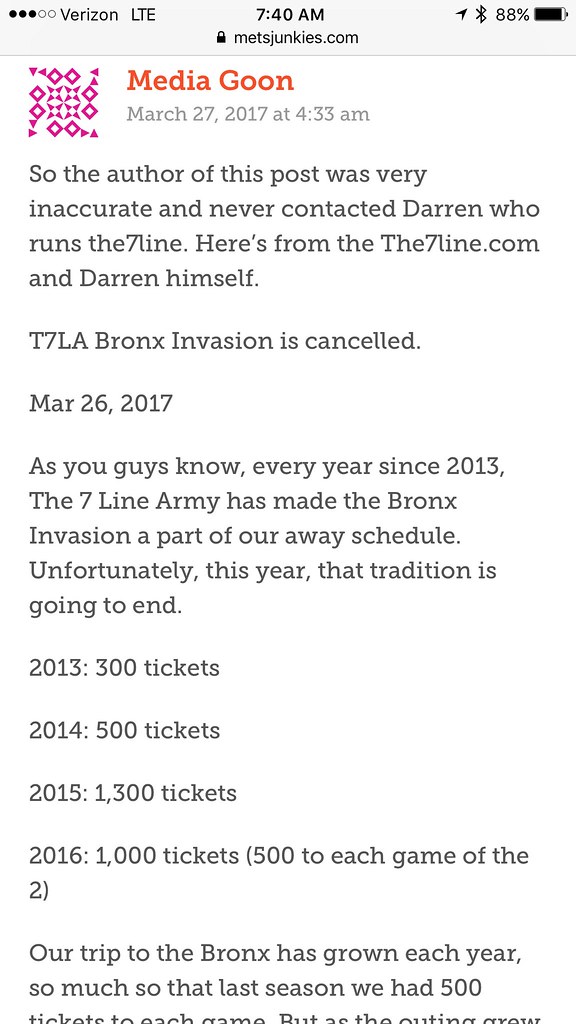 Still waiting to see these screenshots... 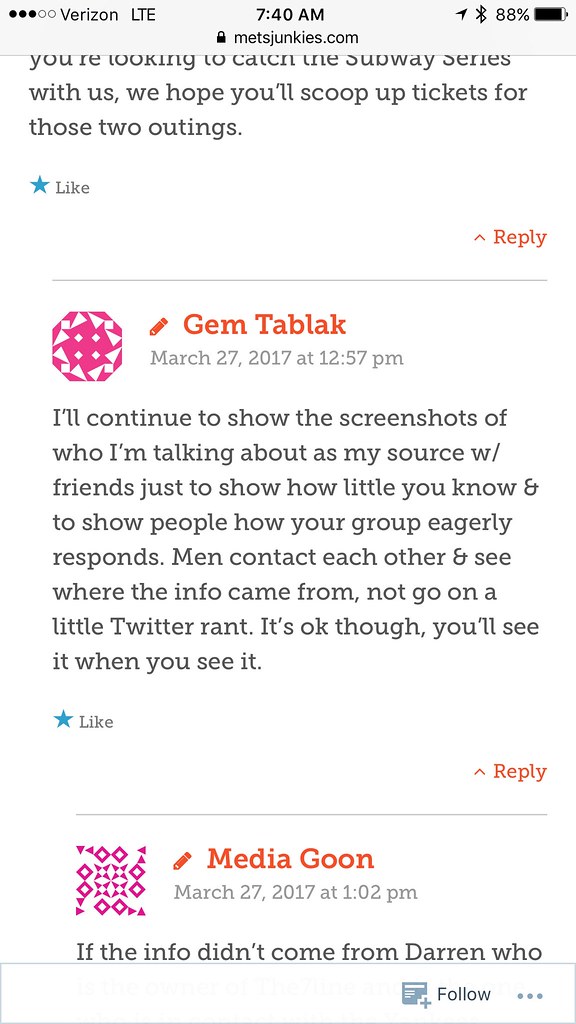 And here is my response... Man. I am being so hard on this guy aren't I? 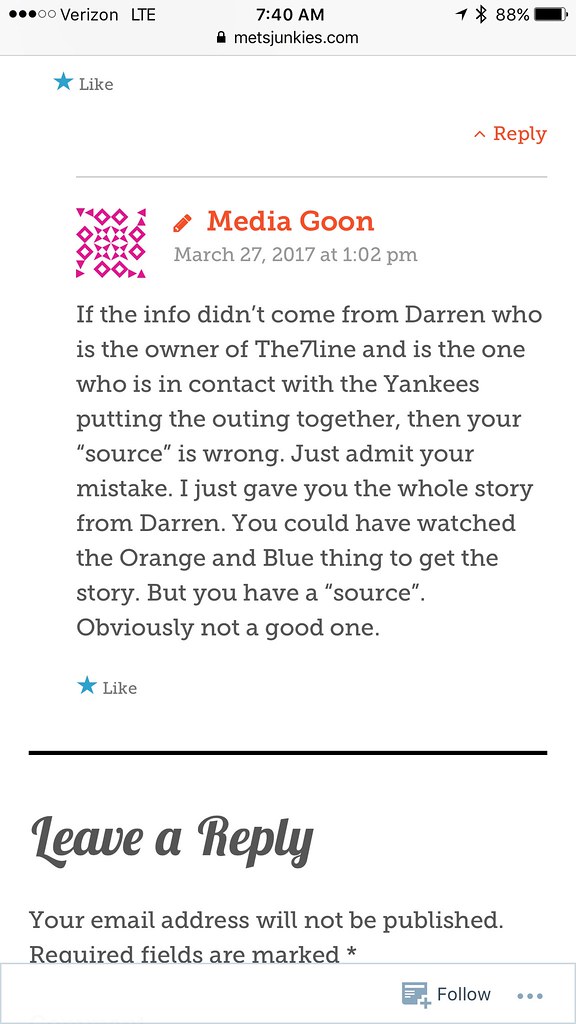 Basically I wanted to use this post to let folks who want to blog, go for it. But do it in a way where you get the right sources if you are getting info from folks. Try going to the people who are in charge and if you can't get to them, maybe source out the story better?

If you make a mistake own up to it. Your credibility will be better for it.