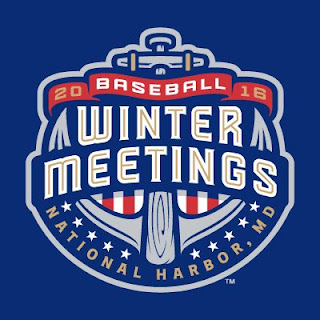 What are the odds of something be worked out during the winter meetings between GMs trade wise? Probably nothing on that fit right now. This is basically going to be the kick the tires portion of the off season. Kick the tires on the car lot, see what the other dealers have to offer or what their interests are in with the same players you have or want. Good thing so far is I haven't seen anyone starting to freak about, " Why isn't player X signed?" Or " I heard team A wants to trade Player Y, The Mets have players M and N, so why aren't they making a deal?" Guess twitter is still focused on the election.