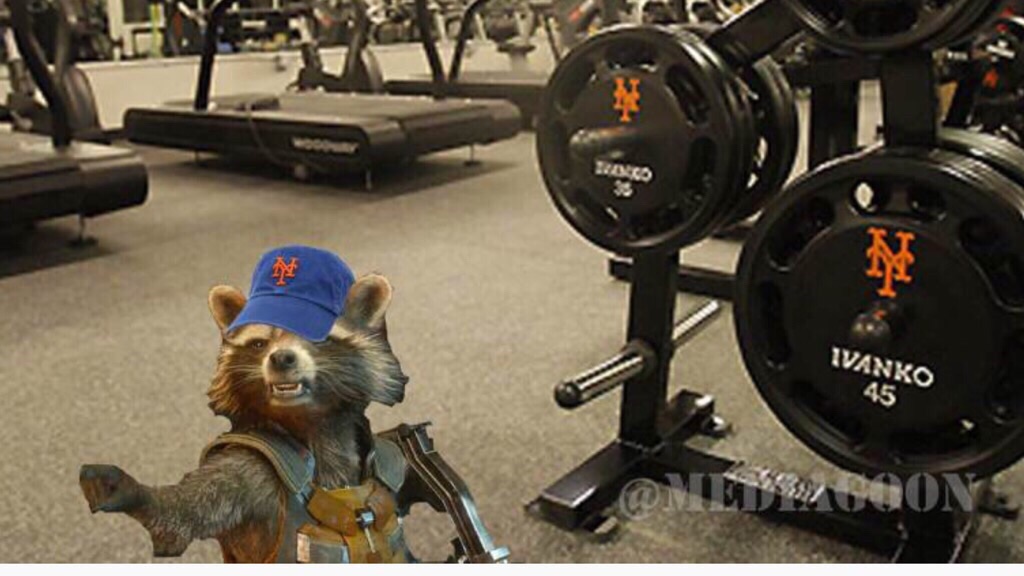 I feel for David Wright. The guy wants to play so badly and his body keeps letting him down. Wright is a quality dude who loves to play the game. I have some friends who can't stand him. They call him soft or milquetoast (we know he has a spine because of the stenosis (look up what milquetoast means to get the joke)) but that isn't the case. I have heard about how fired up he gets behind the scenes when the team isn't playing well or a player isn't doing the (W)right thing. Just look at when Wright became the lunch police in spring training and set the tone for a certain thrower of thunder. So yeah, I feel bad for him. Imagine being only 33/34 and having to consider your career might be over and that if you keep playing that you might cause quality of life issues as you get older. I think Wright if he wanted to would make a great coach/manager one day. Hopefully he can get another season in before he has to call it quits.

According to some reports Cespedes has sent a text to the Mets organization stating he wants to come back. How come I keep picturing someone going into their phone and hitting block contact? I know last year I said that I needed Yo to prove me wrong about how I felt about him and for the most part he did. Mets sign him. Don't put a no trade clause in there. There is a reason why he's been traded so much and no team really was to serious in signing him last season. They worry about his work ethic long term, which I get. But guys, you have a team built to win.... so Win!!!!!