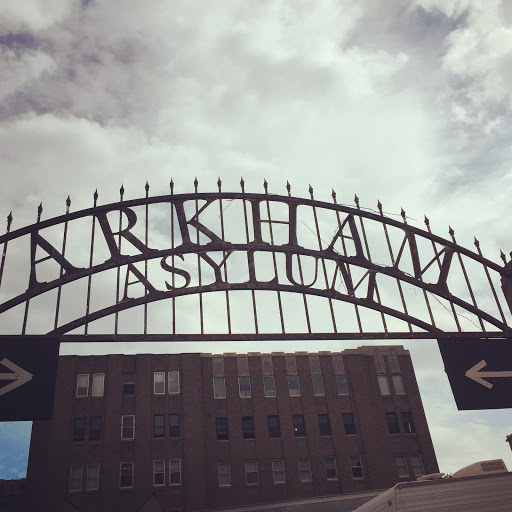 As a comic book fan, I have always wanted to work on a comic book property. I have gotten to work on additional photography for Amazing Spider-Man and Amazing Spider-Man 2. I did a day on Iron Fist a couple of years ago also. Neither of these were long term jobs for me.
I then ended up getting out on Gotham at the beginning of season 3. I was stoked. I’m a huuuuge Batman fan even though Batman isn’t around in the show. I got to see the sets at the stages and they were amazing. They looked like how Gotham City looks in the comic books. This was awesome. I felt like I was in Gotham.

The crew welcomed me pretty much from the start. You can tell that they were a family after being together for two seasons already and it was cool. Sometimes you end up on shows where each different department in the production can’t stand each other. So seeing that pretty much everyone got along was a bonus.

The cast are all great people. No pretentiousness from any of them at all. It was a pleasure working daily with them, becoming friendly and then becoming friends with them. They are all great people. Yes. I said it again. Did I mention how talented they are? I expect to see them all returning to projects soon. (Go check out Cory Michael Smith in the movie 1985. It’s a powerful movie and Cory is great in it. There are also a few other former Gothamites in the movie and they also have really strong performances)

The first cast member I got to meet was Robin Lord Taylor. Robin is a great guy, with a great heart and killed it as The Penguin. For all those folks that didn’t like the “look” of Gotham’s version of the character were so wrong. Robin made the Penguin someone you love,hated, felt sorry for, cheered for and just made him one of tv’s best characters.

It was funny getting texts from certain people that I know, that I had no idea that watched Gotham about seeing me on Camren Bicondova’s Instagram live feeds. “Did I just see you on Camren’s feed?” Yep. Camren btw way is an amazing person and she is going to go far in life. She is just one of my favorite people. Ever.

Another thing that I found out is that there are a lot of folks in the Mets organization LOVE Gotham. That’s how I actually met Chris Flexen. He came to set one day to check it out. A few other of the players love it too. Nelson Figueroa is a fan and he was teaching David Mazouz how to pitch. A lot of behind the scenes folks love the show too. The Mets were great. They invited the cast of Gotham to the ballpark all the time. I was even able to make a few of them into Mets fans.
Drew Powell(Butch/Grundy) and David Mazouz(Bruce Wayne) came to the last QBC. They both had a good time and told me that it was one of the best Cons that they have been to. These two are both veterans of doing cons and for them to say that to me, makes me feel like we have been doing the right thing with the QBC. I also know Drew who has become a buddy of mine, would tell me if the QBC sucked. Drew is one of the most awesome and genuine people in show biz.
I’m going to miss working on Gotham.

Yesterday was the last day of filming and I have  a few more days on the wrap out before it totally comes to an end for me. Season five is crazy and if you are a fan, you are going to love it. I saw the first episode already and it’s great. Season five starts January 3rd don’t miss it.

Chris Chalk. A great actor. A great person. Has an amazing wife. Season three we both were planning our weddings and it was so good to be able to share the highs and the lows of trying to get them together. He is good people.

David Mazouz. From season three to season five he went from a boy to a young man. It was really cool seeing how he grew up for the the time I first drove him to running into him at cons and then just seeing how has matured.
Ben Mackenzie and Morena Baccarin. Great actors. Nice people even though Ben is a Dodgers fan.
Sean Pertwee- he killed it as Alfred. And Sean is another one that one day should write a book or do a podcast with all his stories. All amazing.
I’m very thankful for the last three seasons with my Gotham Family and I hope to work with you again.
Posted by Media Goon at 8:18:00 AM