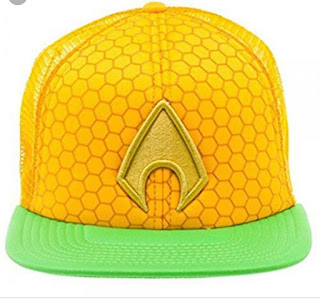 And I enjoyed a lot of it. Was it a perfect movie. Nope. Did it do a good job making a C-List superhero feel fun? Yep. Did it seem like Marvel’s Guardians of the Galaxy and Thor Ragnarok influenced some of the look and sound of the film? Yep. Did I hate that? Nope.

There was a decent story and it felt like it was four or five different movies in on. There was a pirate movie, horror movie, adventure movie, romance movie, and a war movie. This worked out great because this was just as if it was a story arc in the comics. I’m also trying to be as vague as possible with my thoughts without giving away any spoilers.

I am glad that DC/WB has finally figured out that folks really don’t want all their comic book superheroes all grim dark and Batman like. You know what movies that works for? Batman movies.
It’s an enjoyable flick much better then Sony’s Venom.
Posted by Media Goon at 9:29:00 AM