Could this work for Citi Field 2.0 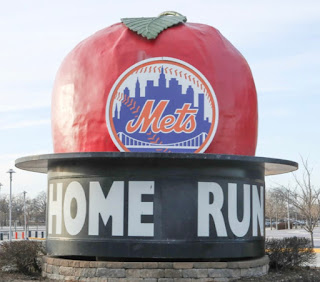 My friends and family know me as a problem solver. My brain works in a crazy way where I can see how to make things work. It’s one of the reasons how the QBC is successful every year. I can look at a blank room and envision what it would look like filled up with vendors, fans, players, signing tables, and a stage. This is something that’s click with me about Citi Field and Steve Cohen wanting to build a Casino in the parking lot. I don’t like that idea but I do have an idea that might work. I’ve even floated by my cousin over at Metspolice.com and it didn’t get shut down immediately.

No. The parking lot that was the former site of Shea Stadium should not be built on with a casino. It should have a new baseball stadium with a retractable roof. Hear me out. I know Citi Field is only 14 years old but by the time 126th street has all the affordable housing, retail shops, schools NYFC stadium done, it will probably be closer to being twenty years old. That means it either is or will be obsolete within a few years of that. The Mets should get ahead of that.

My first idea is that the new stadium should two stories above ground level. Just like how DisneyWorld is built one story off the ground with service tunnels under it. My idea is that the casino and shopping can occupy those two level’s underneath the stadium. But then what happens to the parkland you want to be built? Knock down Citi Field and then you have new ground there. Along with the new casino and shops you build a two deck parking area and the roof becomes the parkland and attaches to the stadium to make it seamless as if it was all ground level. Plant trees, build fountains, have foot paths around the area. This level can also have restaurants, bars, museums, and more retail space attached to the new ballpark. Oh one more thing. This ballpark now has a retractable roof.

So now you have parkland, casino, restaurants, shopping, a new retractable roof stadium, and parking.

There probably a thousand different holes in this idea but someone has to try to think differently here.