Who blinks? Mets or Lindor? 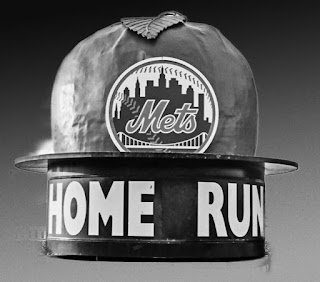 First I am going to say this is strange to see the Mets in a position of offering 1/3 of a billion dollars to a player. If the Wilpons still owned the team Lindor probably wouldn’t have been traded for and they definitely wouldn’t be talking about a contract anywhere near this size. Steve Cohen has the money to sign Lindor and this is the time that Cohen can pretend he is the GM/Owner of the Mets in MLB the Show. You know what I mean. You turn off the block trades by the computer and take off any financial restrictions and just get whoever you want.

Here’s the problem. Lindor and his people know that Cohen can do that if he wants to. So they are going to ask for the stars. He’s still young enough that a 10 year deal isn’t bad for this type of player and by the time they get to the tenth year, the universal DH will surely be around.

Did the Mets back themselves into a corner by saying this is the final and beat off they are giving out? Maybe. Or maybe they should structure the contract where the first three years are lower, mid three years jump to a higher per year salary number, and then last four years drop down again? I don’t even know if a team is allowed to do that with the CBA(btw which a new CBA is coming).

Will Lindor play the whole year without a contract? Will he do well and the Mets have to pay a bigger price if they want to keep him? What other teams(who have all lost money because of last season) would be able to afford the package Lindor wants?

I wonder if they agree at $350 million. I don’t know. I’m not getting worked up over it. I just want to enjoy baseball.