Mike Piazza to have bigger role with the Mets 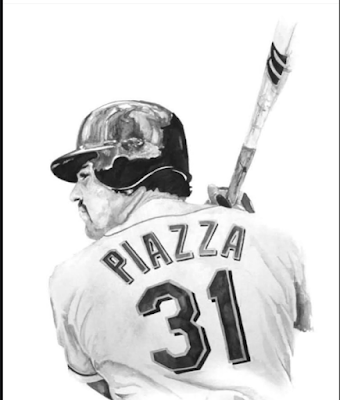 Mike Piazza coming back into the fold with the Mets and having a role with the team as an ambassador is pretty cool. The Mets for a very long time were riding on the nostalgia factor of 1986 and it is about time that they start bringing in some other guys. Don't get me wrong. The '69,'73, and '86 teams earned there due and still should be celebrated but how many times can you keep bringing in the same guys without freshening up the crew that shows up to events/games. This makes me wonder what were the terms of the Mike Piazza True Vodka sponsorship terms were.

As Francisco Lindor and the Mets discuss a contract extension, the All-Star shortstop had dinner with team owner Steve Cohen on Saturday, an industry source confirmed. Cohen joked about the dinner on Twitter, saying “the ravioli wasn’t very good” and offering that Lindor ordered chicken parm.

It’s perhaps the latest reason for optimism that Lindor and the Mets will finalize a deal before the player’s imposed Opening Day deadline. Lindor has said he will end contract negotiations with the Mets and head to free agency after the season if he doesn’t receive an extension by Thursday.

He is so outspoken, his personality — he lights up the room when he comes in,” said manager Luis Rojas, who joked he was angry with Piazza because the Mets won with him in the dugout earlier in the week and he then spent his following visit watching from Cohen’s suite. “He’s a great presence to have, both from the catching end and talking about sequences and the catching game and all that and talking about hitting. Definitely a great asset to have around. It was really cool that he was among us for a few days.”