Mets seem to have screwed up the fan cut out pickups 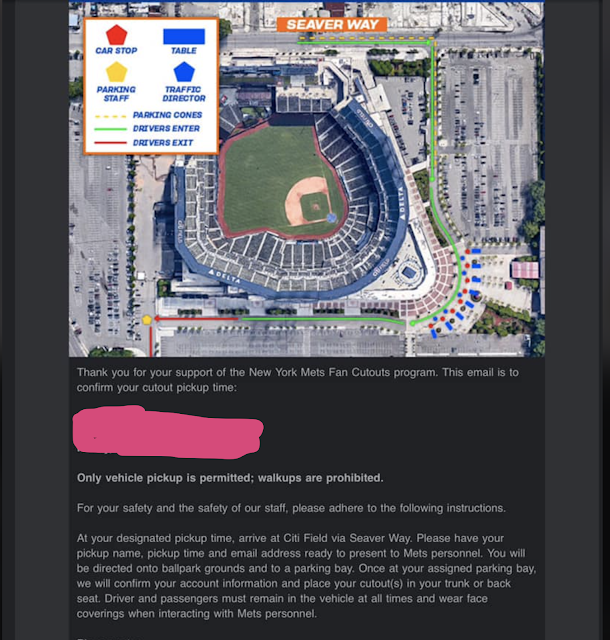 The Mets have botched up the fan cut outs once again. If you don't have a car don't bother going to Citi Field to pick up your cut out, even if you made your appointment to do so. In this email it states you can only pick up your cut out via vehicle. Now I get that with what is going on with Covid-19 and that is actually a smart plan. But why not have this plan set up since the beginning when folks were filling out the times to make appointments for the cut outs? Maybe they could have worked out something with a friend who was already going has a car to come pick it up for them? Maybe you could have offered a shipping option for a couple of bucks extra? Maybe you could have told folks originally when you guys set up the sale for the cutouts that they could keep the cutouts(you guys would have had more cut outs bought then)? As usual when the Mets do something "Good" for their fans, they still end up screwing it up.
Am I surprised? Nope.
Posted by Media Goon at 9:48:00 AM

Why? Why can't you just walk in? Not everyone has a car. Lots of NYers rely on bus and subway. What is their reason for cars ONLY?

COVID-19 social distancing is their reason.