Queens Baseball Convention and why we do it. 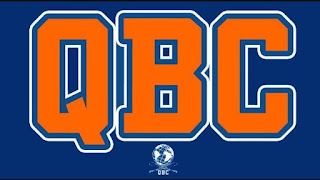 When we started working on the QBC way back in 2013 for 2014, Darren Meenan, Shannon Shark, Dan Twohig, and myself wanted to do a Mets Fan Fest that we as fans would want to go to. Darren had to officially drop out from it because of his working with MLB to get the7Line to be official with them but has still been a great supporter and we consider him one of the founders of QBC. Shannon from Mets Police dropped out after a few years because he had other life/family commitments and couldn’t devote the time to our hobby any more still supports us and is a founder.

We have built  relationships with people behind the scenes with our long time sponsor and one of those folks is moving in to a position with another company. He sent us an email saying how much the QBC and being able to showcase the SNY shows he worked on was one for the highlights in his career there. He said that the fellow Mets fans energy and response to the shows he was able to bring live to the fans at the QBC proved to him that the shows he produces was loved by his fellow Mets fans and it meant a lot to him. He thanked us for all we did at QBC and what a great day it is for Mets fans to have.

That made me proud. Knowing that QBC and all the hard work we have put in over the years has such an impact on others makes it worth it. Dan and I are working hard on it know as we speak. I’m scouting new locations and hopefully we’ll have some news on that front soon.

Last thing I want to say is to Michael F. Good luck on continuing to rise in your career, it was a pleasure working with you over the years, and you will alway be part of the QBC family. Going miss working with you but now I can’t wait for you to be able to enjoy the whole QBC without having to work it.