@mets this is why us fans can’t have nice things 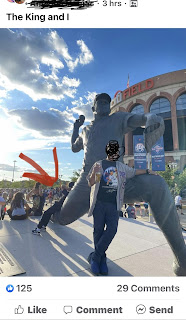 Hey @mets, I understand why some fans make it harder for us to have nice things. We have been begging for years to get a Tom Seaver statue erected at Citi Field. Then I see this post in a Facebook group. This guy saying how much of a Seaver fan he is and “had to get the pic with the statue”. When did folks lose respect for statues and artwork. I am sure he wasn’t the first one to do this but this might be the time to have some security over by the statue pre and post game. But what should I expect from a guy who buys a  knockoff jersey that helps fund human trafficking and organized crime. Also in my opinion I don’t think that alcoholic beverage helped out with his decision.
Now let’s look past the proud peacock and look at the back leg of The Franchise’s statue. See the kid leaning on his leg? Where are this kids parents? 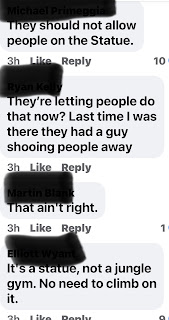 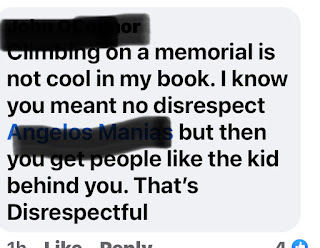 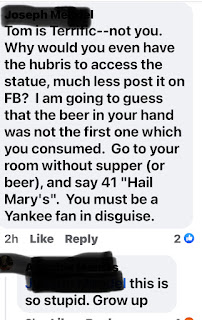 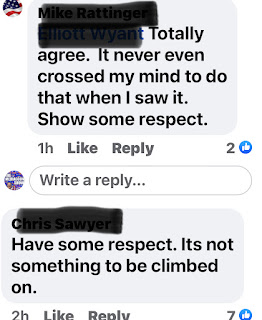 At least I’m not the only one who thinks this guy is ridiculous.
Posted by Media Goon at 7:13:00 PM