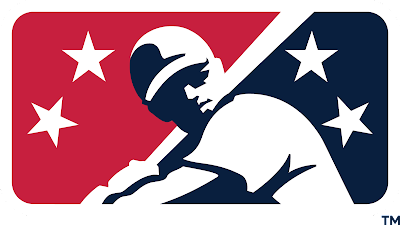 The 387-game event series will kick off April 9 in Hillsboro, Oregon, with Nationwide returning as the Official Insurance Partner of the Copa initiative.

Copa de la Diversión is the centerpiece of MiLB’s “Es Divertido Ser Un Fan™” (“It’s Fun to be A Fan™”) Hispanic fan engagement initiative, which was created in 2017. Through the success of the Copa program, now in its fifth season, MiLB has solidified its commitment to the long-term growth of its U.S. Latino communities and its diversity and inclusion efforts across the country.

"It is important to our organization and all of Minor League Baseball that we continue to embrace everyone in and around our communities through the Copa initiative,” said Frisco RoughRiders President Victor Rojas. “We are excited to honor our rich and diverse Latino culture in hopes of creating a deeper connection to our community on a year-round basis."

During the first four seasons of the initiative, Copa-designated games had a nearly 20% higher average attendance than non-Copa games, and participating teams saw significant increases in merchandise sales, partnerships, and concessions revenues. Extending their reach into local communities, teams partnered with more than 200 local Latino organizations on various events and charitable endeavors.

“The continued growth of the Copa de la Diversión initiative reinforces the importance of connecting with our Latino fans and the Latino community nationwide,” said Kurt Hunzeker, MLB’s Vice President of Minor League Business Operations. “Our teams continue to authentically connect with the Latino population in their communities, leading to a deeper and more meaningful fan experience.”

At the end of the season, MiLB’s Latino Leadership and Community Growth Council, comprised of industry experts and civic leaders, will recognize the top-performing teams in several categories, including ballpark experience, community engagement, and philanthropic impact, and one team will be named the overall Copa de la Diversión champion. Previous winners include the Mariachis de Nuevo México (2018 and 2019) and the Wepas de Worcester (2021).

Minor League Baseball consists of 120 teams across four classification levels (Single-A, High-A, Double-A and Triple-A) that are affiliated with Major League Baseball’s 30 teams. Fans flock to MiLB games to see baseball’s future stars and experience the affordable family-friendly entertainment that has been a staple of MiLB since 1901. For more information, visit MiLB.com. Follow MiLB on Facebook, Instagram and Twitter.

Nationwide, a Fortune 100 company based in Columbus, Ohio, is one of the largest and strongest diversified insurance and financial services organizations in the United States. Nationwide is rated A+ by both A.M. Best and Standard & Poor’s. An industry leader in driving customer-focused innovation, Nationwide provides a full range of insurance and financial services products including auto, business, homeowners, farm and life insurance; public and private sector retirement plans, annuities and mutual funds; excess & surplus, specialty and surety; pet, motorcycle and boat insurance. For more information, visit www.nationwide.com. Follow us on Facebook and Twitter.