Mets went 1 and 4 in Black Jerseys. 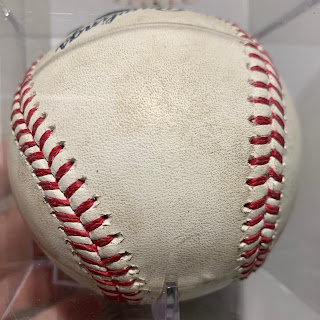 Can we now move beyond this black jersey nonsense since they went 1-4 while wearing them? I know I was being a pain in the ass with always commenting about them being worn and that since the Mets announced the return of the black jerseys. I was half joking about this. I wanted to get under the skin of folks who thought these jerseys were a "golden era" for the Mets. I get that every 20 years is usually when nostalgia hits and that this was a lot of the folks were young and growing up and this was "their jersey". I know a lot of folks forgot that the Mets teams during this era never won a World Series and also I can't forget about the collapses that happened. I stick by my guns and say it would have been cool if they just wore them for a game or two and not made such a big deal of them that the Mets did. I really hope that these don't end up being in the rotation next season.

I think I am going to stop harping on the black jerseys for a while and just see how this organization handles the second year of the Steve Cohen owner ship era.