Who’s to blame for this season? Rojas? Ownership? Players?Fans? 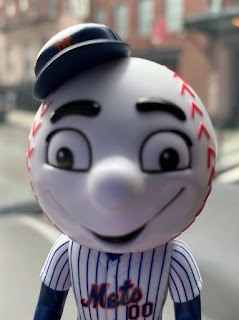 What is the cause of the way the Mets have played since the end of July? Is it the manager? The coaching staff? The analytics department? The front office? Donnie Stephenson? The players? The owner? The black jerseys? The fans not being positive enough?

Let’s just get this out of the way because I know you guys are expecting it. The black jerseys. You know my stance on them and that they aren’t the uniforms that I think of when it comes to winning anything. I think of them and I think of collapses and firing of Willie Randolph.

The manager. I don’t get what Rojas is thinking sometimes with the moves he makes. Is he a manager who relies mostly on analytics or does he go with his gut or does he do both. I can’t tell what he relies on. If Rojas does get fired, I want to see Edgardo Alfonzo get a shot at managing the Mets. If not Fonzie, I would hope they check out Tony DeFrancesco out for the job. Yes, he’s still with the organization.

The coaching staff. Mets fire Chili Davis and bring in Q from James Bond but has he done anything to help the team get better hiring? Doesn’t seem like it. And the whole Donnie Stephenson thing is the only thing worse than the Syndergaard and Mr Met Twitter feud that has finally gone away.

Front office. A lot of turmoil in the first couple of days with the front office and the new ownership with having to get rid of the teams supposed wunderkind of a GM because of sexual harassment allegations. And that threw the team in flux and I don’t feel like they ever really recovered from that upheaval at first.

The owner. Yes, Steve Cohen has money. Yes, he can outspend everyone if he wants to. But why would you overspend right know when this isn’t a World Series caliber team and you have tax implications that will hit and hit hard.

Fans. We Mets fans are positive to a fault until it’s time not to be positive. We’ve been through most of this before. We can see the signs.

One more. The Medical Staff and training staff. Can you guys figure out how to keep these guys healthy? Someone. Maybe Steve Cohen can pay top money for a better staff or staffs? Maybe donate a wing to to the Hospital for Special Surgery or something?

I’ll be at the game Saturday with The 7 Line Army. No idea if I’ll be there in time for the Koosman Ceremony though. Don’t feel like spending extra time in the stadium before a game because the way the Mets play now when I go to a game they end up in extra innings.