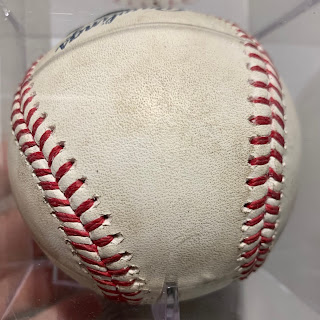 Hey guys. One of my buddies hit me up the other day about the family bathroom situations at Citi Field again the other day. I reached out to the Mets about it and they are still trying to work on it. Now I am going to reach out to you guys who go to games. Families that go to Citi Field to see the Mets play with younger kids need to be able to used these bathrooms. Sometimes a Mother or a Father is taking two or more kids to the game, sometimes by themselves, sometimes with their spouse/partner, and when they take their kids to the bathroom they can't handle having more than one kid with them to use the restroom. So stadiums and arenas made it so that it would be easier for families to go to games.

Went to a game last month with the kids.  At one point go to use the bathroom with my daughter.  Family in front of us already said they’ve been waiting 30 minutes.  We wait another 10 minutes I start bangin on the door.  Finally a guy and girl come out together and start mocking us as they walk away.

Yeah this is what I am talking about. Come on don't be jerks. The family bathroom is for families and not for whatever it is that these two were doing in there.

Today we go to use the bathroom with the kids.  Walk into one family bathroom and it smelled like someone legit was smoking weed 30 seconds earlier.  Also the seat was covered in urine.  We walk to the next one, waiting for people inside to finish, they come out, it’s two 29 something year old women.

This seems like they were "freshening up". Not the place for that. Go uses the women's bathroom like everyone else does."But there is a line." So? you just made a line for families who need to use the bathroom, the bathroom that was designed for them. It's not for smoking weed either. You want to go do that, go find one of the open air places in the stadium where it isn't going to affect anyone else. You guys want to smoke up more power to you, just respect others.

This is on top of just walking around at times and seeing grown men coming out of them by themselves. It’s constantly just adults using them.

No one cares about others anymore. They see a shortcut and don't need to wait on line like everyone else. There isn't a respect for rules or even just common decency anymore. Usually I would be busting the Mets chops about not keeping an eye on the situation with the family bathroom but I am going to do this differently this time.

Folks. Please remember if you need to used the bathroom and are an adult who is alone, wanting to smoke(whatever smoking), wanting to do what the two young adults were doing in the family bathroom for 40 mins, or just wanting to use the bathroom so you didn't have to stand on a line, don't use the family bathroom. There are parents who really need to use them with their kids and it isn't cool or fair to displace them because of you not caring about other. Be decent guys.

The first few season when Citi opened they had security making sure it was just families using those bathrooms. I know jobs are scarce these days but there are 15 family bathrooms, is that too much too ask for some respect for people who brings children to the games?