How did the Mets get to this point? 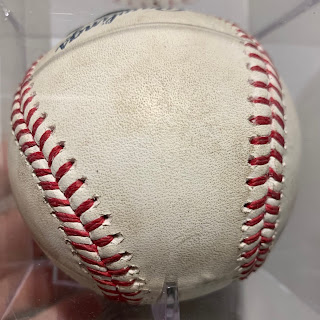 Has the Mets luck run out for the season? Is it a slump? Are the injuries finally catching up to the team? Is it bad managerial choices? What about the chemistry of the team? Bad trade deadline? Black Jerseys? The June swoon moved to August? The Mets still don't know how to score runs?

It seems like all the the luck had run out of the Mets in this recent run of losses. Maybe it wasn't luck and it was just the Mets time to lose a few? Do you believe in luck?

Is this just what every team goes through at some point of the year? Looks like the Mets were able to push the usual June swoon off to August. The problem with this is that it couldn't happen at the worst possible time with the Phillies getting hot and now in 1st place.

The depth of pitching at the beginning of the season all went POOF. The injuries have taken a toll in the Minors and the Major league levels. With deGrom down for a bit, it was just another nail in the coffin. Hopefully the Mets are like The Walking Dead and are able to crawl out of their graves and reclaim first place.

Chemistry of the team

The media and Front Office kept talking about how the chemistry of the team didn't need to be disrupted. To me, that is something to think about but the problem with this is that chemistry can only go so far. You need the depth and the talent to win also.

Did the Mets need another free swinging power hitter with a high strike out rate? I mean they already have Pete Alonso for that. In acquiring Javy Báez does that mean Lindor is more hurt than they are letting on? I know he's going to slide to second when Lindor comes back but then you have to move McNeill to third? Then what happens to JD Davis? This situation the Mets don't care about team chemistry? And what happens when they don't sign Báez after the season? Does Lindor get upset? What about Cańo? How much are the Mets going to have to pay to buy him out of the remainder of his contract?

People were feeling nostalgic over the Black Jerseys. "The Mets wore these to the 2000 World Series!!" They also didn't win that year either. I always counter with the late collapses of 2007/2008 wearing these Jerseys. Go check out the Mets record since they officially announced the Black Jerseys were coming back and since they first wore them again on July 30th. I wonder if this circles back to bad luck?

This is starting to become a running joke along the lines of how bad the Mets medical staff is.