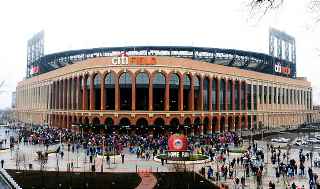 I opened up my NY POST app today to see how the Mets did last night and saw thats someone fell/jumped last night at Citi Field during the Dead and Company Concert.

The fan, who was in his 40s, plunged some 30 to 50 feet during intermission at around 9 p.m., and landed on concrete, cops said. He was taken to NewYork–Presbyterian Queens Hospital, where he was pronounced dead.Police sources said the man was possibly under the influence when he took the fatal fall from the fifth floor.

Cops had taped off an area next to the right field entrance.

It is said to hear something like this happening and I am not going to speculate what happened it is just a sad thing to have happened.