Jose Reyes and My Two Cents 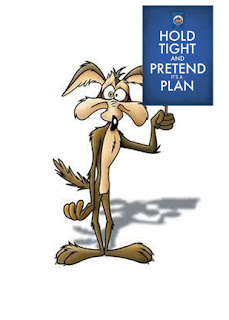 The Mets as usual are polarizing the fan base with the Jose Reyes signing. Folks are feeling nostalgic over the "old' Jose Reyes. Other folks are upset that the Mets have signed a "wife beater". Me? I hope the Reyes signing does help the Mets win. Hear me out. The Mets are my team and I want them to win. Hopefully Reyes has enough left in his tank to be a quality utility sub and can help the Mets out when players need a break or are hurt. Anything has to be better then de AZA. Reyes does not have my respect as a player any more after what he did in his final game for the Mets to secure a batting title( hey, I have a batting title, my contract asking price just went up), and also how fast he couldn't wait to sign that contract (12:01 am to be exact) with Miami and get out of NY. "But the Mets didnt even offer him a contract!" True. But you don't have your agent make a call to the Mets and go, Hey Wilpons, Jose is about to sign with the Marlins, last chance to get him? So, I don't really want to hear it about the contract not being offered.

Should d'Anaud give up his number 7 for Reyes? Nope. You lost that number when you signed with Miami. 77 looks like a good fit for you Jose.

Now for Jose Reyes the "wife beater". I don't know what happened that night in Hawaii. I am not making excuses for either party involved. I don't know what the marriage situation is or was that night. If Reyes did do what was said that he was to have done he should have been arrested. He was. His wife dropped the charges and the MLB suspended him for 52 games. I am not saying if this was enough or not enough of a suspension, but he served it and also went to counseling. So if he fulfilled all legal and MLB sanctioned obligations then he is allowed to have a second chance. I didn't make up the rules, some of us might not like the rules about this, but those are the rules.

I am going to the Brooklyn Cyclones game today to go see Reyes play. I am probably not going to cheer him when he is announced or gets up to hit. I will probably give applause if he drives in some runs and helps the Cyclones win today.

I want the Mets to win. I want Reyes to be a better person. Maybe both of these things can happen together and not necessarily have to be separate things.