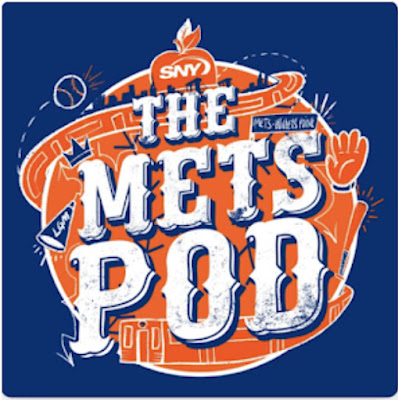 Connor Rogers and Joe DeMayo take no break during the MLB All-Star Break, and deliver a jam-packed Episode 16 of The Mets Pod! The guys welcome Jon Morosi of NBC Sports and MLB Network to the show, and the crew covers all the ins and outs of the Juan Soto trade speculation, as well as other trade deadline rumors, and the state of the Mets so far in 2022. Later in the show, Connor puts Joe on the spot regarding any potential Mets deal for Juan Soto, and then the guys recap the Home Run Derby and a very active MLB Draft for the Amazins. Finally, Connor and Joe wrap the show with the TMP First Half Awards, as they hand out the hardware for some first half of the season stand outs for the Mets. Be sure to subscribe to The Mets Pod at Apple Podcasts, Spotify, or wherever you get your podcasts!
Today's Show:
0:00 Welcome to the show
0:54 Jon Marosi talks Juan Soto
5:05 Would Nationals trade Soto to the Mets?
10:34 Luis Castillo moved before the deadline?
12:39 Trade market for DH
15:09 Playoff format impacting trade deadline
19:39 Impressions of Mets in the first half
23:54 How the league views the Mets under Steve Cohen
28:34 All-in on Juan Soto?
32:27 Home Run Derby: Pete Goes Down
35:36 MLB Draft - Kevin Parada
39:19 MLB Draft - Jett Williams
41:43 First Half Awards: Sky Miles Champion
44:02 Unsung Hero of First Half
46:14 Mr. Extension: Who should the Mets extend first?
48:37 Best Buck Showalter moment
49:52 Biggest surprise from the first half
51:49 Biggest Let Down so far
53:55 Closing thoughts
Click here for apple podcasts
Click here for tunein
Posted by Media Goon at 11:29:00 AM