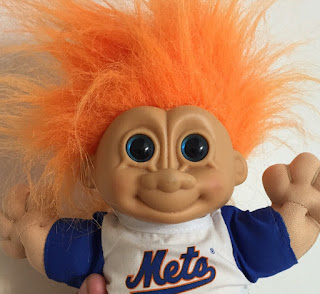 From all over Twitter: The LA Angels Suspended Callaway pending investigation into these allegations. 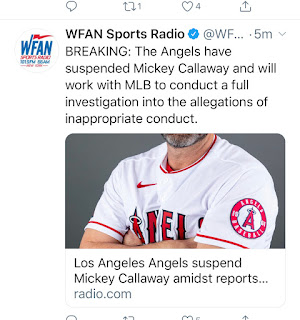 Wow. Another set of bombshell allegations against a Major League Baseball Organization employee. This is the story that seems to have made Metsmerized Online writers jumping ship. Now this is the story that just dropped about Mickey Callaway. I don’t know why the newspapers have to use Mickey wearing Mets gear since he’s been gone for a few years.

Former Mets manager Mickey Callaway bombarded women who covered him with unsolicited and unwanted sexual messages, according to a report in the Athletic on Monday night.

Callaway “thrust his crotch near the face of a reporter as she interviewed him,” among other behavior, according to the report from Brittany Ghiroli and Katie Strang. One woman said that Callaway gave her unwanted massages in the dugout and sent her a stream of requests for naked photos. This woman said that Callaway’s behavior towards her spanned his time in New York and Anaheim.

Callaway is the Angels’ pitching coach, a job he’s held since being fired by the Mets after the 2019 season. He remained employed in that position as of Monday evening.”

This is so crazy that it takes years for this stuff to come out against  managers/gms in sports.

Rather than rush to respond to these general allegations of which I have just been made aware, I look forward to an opportunity to provide more specific responses,” Callaway saidin a statement to The Athletic. “Any relationship in which I was engaged has been consensual, and my conduct was in no way intended to be disrespectful to any women involved. I am married and my wife has been made aware of these general allegations.”

Also it seems like the Mets “knew something” during Mickey’s tenure and it’ll be interesting to see what falls out from there. I wonder if folks try to hold Sandy Alderson to task since he hire both Jared Porter and Mickey Callaway.