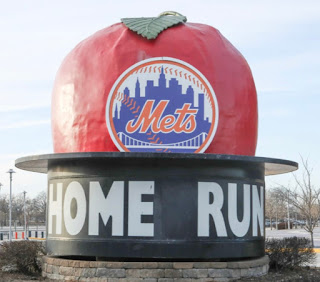 Another person from the Mets organization that has been fired hitting coordinator Ryan Ellis.  The Mets were aware of the allegations in 2018. I am just shocked that this was not a major story yesterday.

Ellis remained with the team until January of this year despite the organization being aware of the allegations in 2018. The Mets said Ellis was disciplined and initially placed on “probationary status" due to those allegations.

"We immediately commenced a new investigation and terminated the employee on January 22," the Mets said in a statement to The Athletic.

One woman told The Athletic that Ellis made several graphic, sexually explicit comments to her. According to The Athletic's report, the woman kept a journal of her experiences.

The Athletic report also stated that another woman had a "brief sexual relationship" with Ellis in 2017 but ended it. According to the report, "for months afterward, she received persistent, unwanted text messages from Ellis that were sexual in nature." This woman reported these incidents to human resources, sharing at least one of the text messages, according to the report.

The report also said a third woman "told her supervisor that Ellis often made sexually suggestive comments to her and other low-level female employees and that he would call her late in the evening and ask if her boyfriend was home." This woman, according to The Athletic, reported this to human resources.