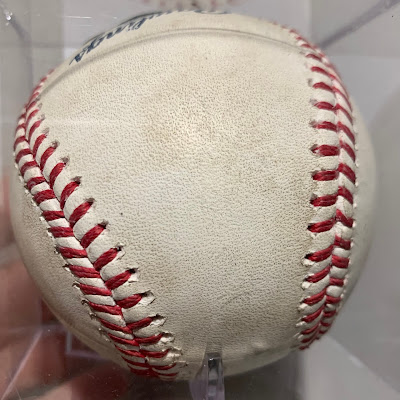 This is a good read from my buddy Joe Shoes.

Keith didn’t make his name with the Mets, but he expanded upon his legacy by adding another six Gold Gloves and the 1986 World Series title to his resume while compiling a 129 OPS+ and 26.6 bWAR during his time in Queens. The paper stats are great, but what everyone talks about is the leadership he brought to the team. If you watched the four-part ESPN documentary “Once Upon A Time In Queens” his teammates talk of him as if he was Serpentor of GI Joe fame always ready to lead them into great battle as his troops earnestly followed his example.

Yes, Keith Hernandez did enough over his time with the Mets to warrant having his number retired, but that doesn’t mean the dam should rupture and Steve Cohen should start handing out retired numbers as if they’re raisins to kids on Halloween. Celebrating the history of the franchise is great and needed and something that can span generations of fandom as tales parents tell their kids while sitting in the stands to build the next generation of supporters, but let’s not be willy-nilly here.

The Mets have had many great players who have passed through, but that doesn’t necessarily make them great Mets. Warren Spahn is one of the greatest pitchers of all time. A Hall of Famer. Not a great Met. Willie Mays may very well be the greatest player in the history of the game and played a role on a National League championship team…but not a great Met.

Whether we like to admit it or not, we – as a fanbase – definitely do suffer from “little brother complex” when pit against the vast and voluminous history of the Yankees. Whether it’s Old Timer’s Day, constantly having to put up with them on Sunday Night Baseball, or that insufferable meme of the bleacher jerk off waving the rings, we always want to fight back as if our team has a much richer history than it really does.

Over the past week, I’ve seen people looking to retire numbers for everyone from Ed Kranepool (no) to Edgardo Alfonzo (also no) to Gary Carter (a bit more difficult, but still no) and many others in between, but doing so completely bastardizes the meaning of the number retirement is. This doesn’t mean you can’t honor good players in other ways; the team does have its own Hall of Fame that properly recognizes a cornucopia of players from the past by acknowledging their contributions and having their accomplishments on display in the team’s museum in the Citi Field Rotunda to be appreciated by all. Ed Kranepool seems like a nice guy and he had the longest tenure of anyone to every put on the uniform and that can be acknowledged, but that doesn’t make him great. The team Hall of Fame is the perfect way to acknowledge a wider swath of players who were very good for the organization.