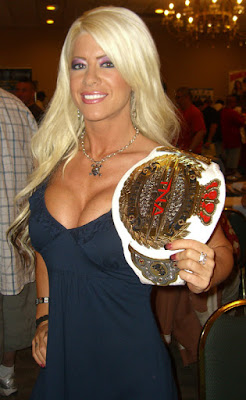 Spike TV and Total Nonstop Action (TNA) Wrestling have agreed to a new, three-year extension of their partnership, it was announced jointly today by Kevin Kay, President, Spike TV and Dixie Carter, President of TNA Entertainment.

The deal, which begins October 1, 2009, includes three new years of TNA’s weekly “iMPACT!” show as well as the addition of a new original series of one-hour specials. Each special (title TBD) will feature the biggest personalities and highlight some the greatest and awe-inspiring bouts in the history of TNA, many of them never before seen on basic cable. TNA Entertainment will produce 10 one-hour installments.

“With the tremendous success and record ratings we have achieved over the past three years, we are very happy to continue to have Spike TV as TNA Wrestling’s partner,” said Carter. “We are excited to continue our relationship with the fantastic team that has supported TNA from the very beginning, and look forward to even greater success with all of our TNA programming on Spike TV.”

“TNA Wrestling has consistently delivered strong ratings in key male demographics and has continually grown its weekly audience. In the past year alone, “iMPACT!" has seen a remarkable increase of 30% in overall growth," said Kay. “We are excited to not only continue but also expand our relationship with the world’s fastest growing wrestling organization.”

Spike TV is available in 98 million homes and is a division of MTV Networks. A unit of Viacom (NYSE: VIA, VIA.B), MTV Networks is one of the world's leading creators of programming and content across all media platforms. Spike TV's Internet address is www.spike.com and for up-to-the-minute and archival press information and photographs, visit Spike TV's press site at http://www.spike.com/press.
Posted by MediaGoon at 10:47:00 PM