I know some of you guys would love to take a shot at this... 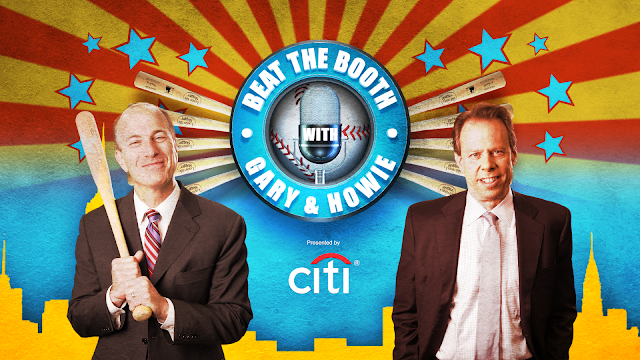 BEAT THE BOOTH with Gary and Howie
Would you like to go head-to-head in Mets trivia against Gary Cohen and Howie Rose for a chance to win $5,000?  SNY is looking for fans who can demonstrate extensive knowledge of Mets history to compete in a game show style television program. SNY is auditioning individuals or teams of two via an easy online video process.     It only takes a few minutes for the ultimate opportunity to Beat the Booth with Gary and Howie.  Register at SNY.tv.

General Guidelines
-          Competitors may compete individually or as a team of two
-          Individuals or both team members must be present at all auditions and during the actual show taping (if selected)
-          Competitors must be eighteen (18) years of age or older on June 14th, 2016
-          Competitors  may only audition once, and competitors may not share questions with other competitors who plan to audition
Selection
Selected fans will be from the video audition will be invited to attend the second round of auditions at the SNY Studio in Manhattan on May 26, 2016 from 10:00AM to 3:00PM.   Individuals who are selected will be placed into a team of two for the second round.
Following the second round, the final two teams will be selected to appear on the television program.  Selected teams must commit to attending the program taping at SNY Studio in Manhattan on June 14 from 9:00AM to 3:00PM 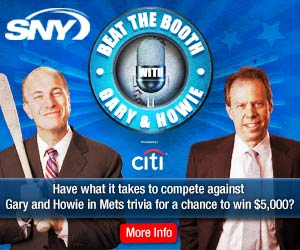