MLB has a problem, an attendance problem. 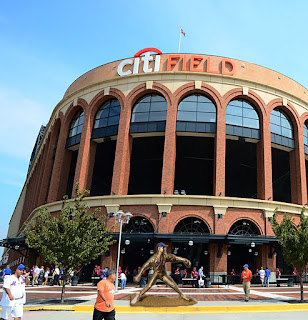 Baseball has a problem. My cousin over at Metspolice has mentioned over and over that the MLB is losing its younger fans. And it is. There are only so many bobbleheads you can make and giveaway to draw a crowd in.


Major League Baseball’s overall average of 26,854 through Wednesday is 1.4 percent below the 27,242 through the similar point last season, which wound up below 30,000 for the first time since 2003.Baseball Commissioner Rob Manfred attributes this year’s drop to fewer season tickets but emphasizes day-of-game sales are up 6 percent.


“Given the explosion of entertainment alternatives and the growth of the secondary market, it is not surprising that season ticket sales can be challenging,” he said. “The clubs are responding to this challenge with creative and effective approaches. For example, sales of subscription tickets are double what they were a year ago. And the Twins recently had a $5 flash sale that produced crowds of over 30,000 in three of four games, and the largest single-game attendance since 2016.”Nineteen of the 30 teams have seen their average fall from a similar point last year, with the largest drops in Toronto (6,963), San Francisco (6,463), Baltimore (3,839) and Detroit (3,686).

Large rises have taken place for Philadelphia (10,383), Oakland (4,027), San Diego (3,465) and the Chicago White Sox (2,311). The Phillies signed Bryce Harper and the Padres added Manny Machado.“A lot of it comes down to competition. Fans want to know their teams are doing everything they can to compete for a championship every year,” union head Tony Clark said. “I see every empty seat as a missed opportunity. Experiencing a game and seeing players perform in person creates a bond with baseball; our industry needs to find ways to convert those empty seats into lifelong fans.”


Why is it happening? I don't think you can just blame the other entertainment options out there. maybe it is time to stop looking outward for the answer and start looking inward. How do yo not market your stars better? How do you not make your players better accessible to fans?  Maybe the product is over priced? How are you guys going to fix all this?
Posted by Media Goon at 10:00:00 AM